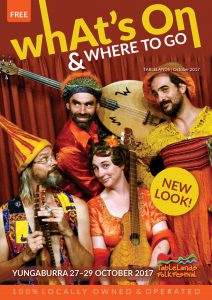 What’s On & Where To Go magazine has come a long way since its first edition in 2000. Whilst the number of pages has increased, so has the circulation and readership. It has also changed in appearance with the latest change in October 2017.

The magazine started in late 2000 by founder Kathy Edwards, who many Tablelanders fondly remember! In the beginning, the magazine was called Culture Shock. Her intent was to create a local publication that would give Tablelanders a place where they could reflect on who they are as a community. Kathy moved to Australia from America, and cites that coming from the ‘outside’ and joining the community, she could see Tablelanders’ unique qualities and spirit. “I could see all of your uniqueness, community energy and spirit that I have not witnessed elsewhere in my travels,” she said in her goodbye edition in 2006. 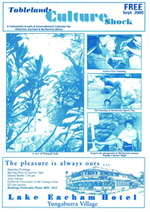 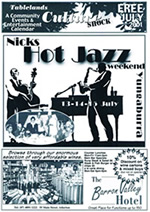 What’s On has continued to grow and evolve over the years and has had several different owners along the way, all of which have maintained this community spirit and put their own special touch on the magazine. In November of 2019 What’s On and where to go was entrusted to Tablelands locals Graham and Kristina Haren. It is delivered in print from Mt Garnet across to Millaa Millaa, north to Chillagoe and across to Kuranda. It is now also being delivered to the Cassowary Coast and outlets in Cairns.

What’s On has become a platform where small business and not-for-profit organisations can form a partnership, an alliance, and support each other whilst encouraging the community spirit of the Tablelands to prosper through its events and enthusiastic outlook.. With the continued support of advertisers and the community, What’s On will continue to grow and change for many years to come!